“Reality is merely an illusion, albeit a very persistent one.” – Albert Einstein

​The hologram itself is not an image and is apparently meaningless when observed by a human eye. But, thanks to interference patterns in it, when the hologram is suitably lit, it diffracts the light and in that way produces a virtual image. The resulting image appears in a complete three-dimensional form with highly realistic perspective effects. 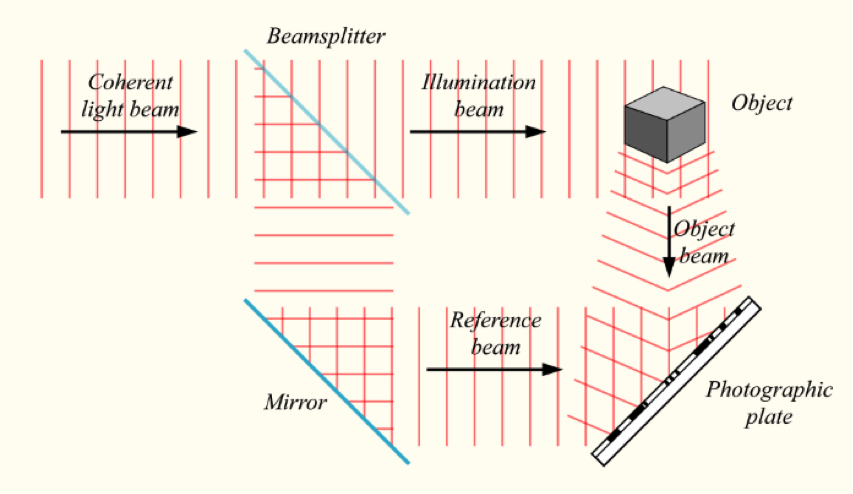 Each part of the hologram contains all the information about the complete whole. If the hologram is broken into several parts, and is again exposed to the laser beam, it does not give the parts of the object, but again, the same whole. If we continue with breaking these parts, they will still give the whole 3D picture.

​For the purpose of clarifying ideas presented in this book, we will consider the hologram as an object whose elements have all the characteristics of the whole object, or all information about the object.

There is a theory in modern physics on the holographic nature of our universe. It has been derived directly from string theory and it proposes that the 3D universe we live in is but a holographic projection of a 2D surface at the periphery of the cosmos. Also, a very thorough and systematic picture of the holographic nature of our universe and practically everything in it, is shown in “The Holographic Universe”, a book written by Michael Talbot. He lucidly expounds many details about the emerging holographic paradigm in quantum physics, neuroscience and several other realms of human experience.

If we consider the entire universe as a hologram, it means that every part of it has information about the entire whole: the cosmos. Consequently, every human being is a holographic component. Every piece of our reality, every unit which nature is rooted in space, time, matter and energy—that means every event, particle, atom, complex structure, life being, star, galaxy, anything—is part of the universal hologram and is itself a hologram.

Speaking this way, it is easy to conclude that, for example, each hexagram of the ancient Chinese “Book of Changes” (I Ching) is actually a holographic element in which the information on our individual universe is contained, at the moment of getting answers. Therefore, we could extract information about everything from any piece of it, if only we knew how to find it.

Usual understanding of space and time implies causal chain of events, something like the trajectory of balls on a pool table - if we know the path of the first ball, we know exactly the trajectory of another ball that was hit. However, science, which is itself mostly based on this understanding, came to the undeniable view that the causal links are not the only type of connection between events. Moreover, there is a much deeper, essential linkage between the elements of the universe. This interconnectedness of everything is based on the holographic principle, expressed through synchronicity.

Synchronicity is mostly revealed in simultaneous events which are in some way connected within our consciousness. It is a non-causal connection between two or more events. Let's say, somewhere far away from us something has happened to our relative, which we simply could not know about. At the same time, we have just noticed someone who reminded us of the relative, and we perceived that person in a way that we could connect with our relative, and also anticipate what has happened to her.

The meaning of the term "synchronicity" is mainly limited to a meaningful connection between events happening at the same or approximate point in time. I think that the notion of synchronicity should be viewed in a much broader context which is not bound by the simultaneity of events. There are many events whose meanings somehow predict other events, and from considerable time distance; two events that are not and cannot be each other's cause and effect. For example, it happens that in the dream we see an event in its symbolic form, and a few days later that very event happened. That is a kind of coincidence as well.

So, what is synchronicity? In short: a meaningful coincidence. There definitely are some events, non-causally linked, which for some observers still have in common some important traits and are similar or even identical.

The holographic principle is also expressed in the previously mentioned “Quantum entanglement” phenomenon, which shows that the two photons simultaneously change their spins, although they cannot physically "communicate".

The hologram is one of the keys to understanding not only the universe, but also our own spiritual growth. What is within us is around us, and vice versa. Change yourself and your individual reality will change as well. 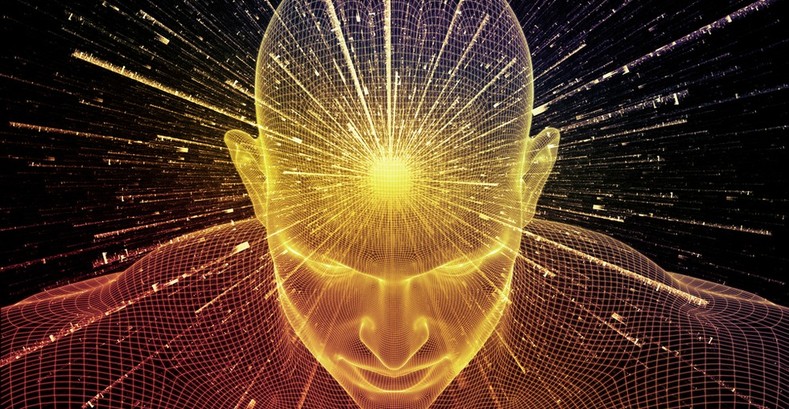 Everything that is characteristic of our lives—friends, foes, relationships, work, family—is in fact a projection of our inner, mostly unconscious, reality. If you have an external enemy, it means that you have some unintegrated part of your personality that you need to become aware of.

​Thus the premise here for all our work is the principle of mirroring, i.e. our internal reality is mirrored in external reality. (Figure below symbolically shows mirroring of beliefs and traits mostly.) 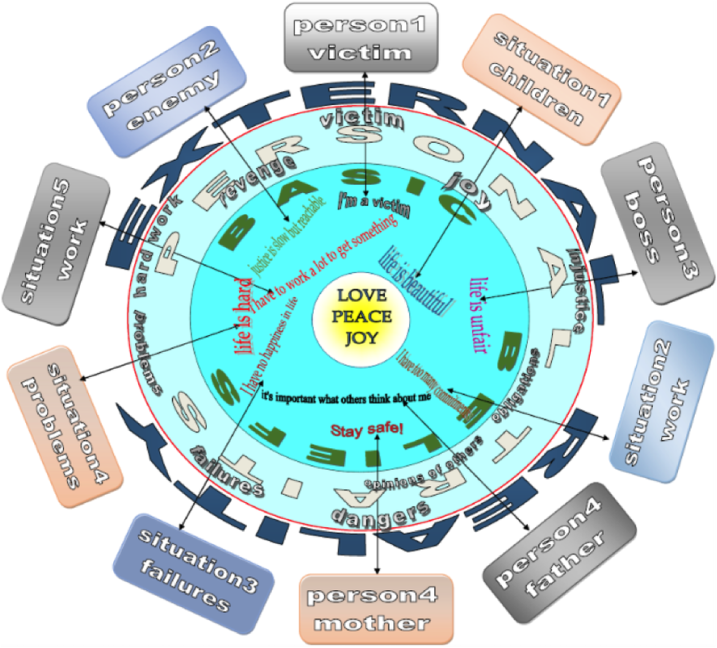 For example, there is a process of suppressing personality traits that happens to most all human beings during childhood, without exception. It takes place as part of our upbringing, learning the basics of unselfish and socially acceptable behavior. As toddlers, we behave inconsiderately on many occasions, in accordance with our basic needs – food, parental love, possessions, pain avoidance, playing, and so on. When a little child, for instance, sees an interesting toy in the hands of their brother or sister, they will try to grab the toy forcefully, with no consideration on other’s needs. The parents then criticize the toddler for this unacceptable behavior, demanding the child stops doing anything like that.

Over time, the child will remember that this behavior is unfavorable to their basic need for parental love. They deliberately suppress the impulse for doing such a thing and thus, finally stops. But, the selfish impulse is not released. It is only moved into the subconscious level, from where it tries to continue its expressing.

The suppressed need always finds its way to express itself, because it’s a question of its very existence as a distinct energetic entity. In this particular example, the need for taking desired things from others to fulfill one’s own needs, first tries to emerge again as the child’s concrete act. As the child has learned its lesson and deliberately suppresses the need all over again, this entity now tries to find a different path. It expresses itself through another person which acts exactly in accordance with the suppressed behavior, but this time toward the child. When child grows up, the suppressed entity will continue expressing itself during the whole life of that individual. It will bring into his life people that act selfishly toward him, again and again. Doing this way, it just feeds itself up, trying only to survive.

All the suppressed needs, desires, fears, emotions and other parts of our personality, whether inhibited during one’s childhood or any time later, express themselves either through various inner problems – psychic difficulties, bodily disabilities, illnesses, or through external people or circumstances.

Although meditation, by its nature, is the strongest propellant of one’s personal or spiritual development, there are many other structured ways for working on one’s personality. That work, of course, inevitably influences individual reality, so we could say that personal development within the Reintegration System covers both internal and external life.

​Therefore, if we work on elements of our inner life, our external life will follow that, and this is the premise of this whole book. 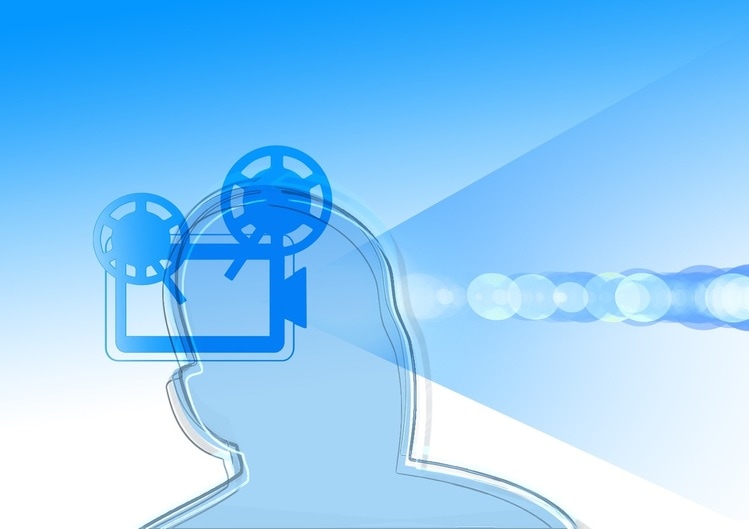