“People who deny the existence of dragons are often eaten by dragons. From within.” ― Ursula K. Le Guin, The Wave in the Mind: Talks & Essays on the Writer, the Reader & the Imagination

There is something unsettling that I have learned about in my life and spiritual practice, for which I give credit to the books “The Power of Now” and “Transurfing.”

Although I knew that ultimate responsibility for all aspects of my life lied within myself, I doubted for a long time that there were strange forces inside or outside of me that perpetually and tenaciously hindered my spiritual growth.

In your life, have you ever noticed that right after you achieved something good, or had finally raised yourself to a higher level, you then had some setback come smashing down, or an unexpected reaction force that struck back? What is that? Why are there such disappointments in our life?

Eckhart Tolle frequently refers in his books to a “pain-body” inside every human being. The pain-body is a conglomerate of negative energy within us which is half-conscious, or sometimes a self-conscious entity. Numerous spiritual practitioners around the world believe that this disturbing concept actually has a very firm foundation in real life.

As all physical objects with a certain mass mutually attract with gravitational force, there is also a strange kind of attracting force among energies that are similar in their nature. As positive energies or human experiences attract each other and tend to attract more and more like experiences, so the negative energies and experiences tend to coalesce and unite into an ever bigger energetic entity. There is another name of these energetic entities: the morphic (or morphogenetic) fields.

These fields develop not only in individual human or other living beings, but also on a collective level.

Additionally, which could sometimes pose a real problem to us, these entities have a vague consciousness. After eons of development and accumulation of like energy, some of these entities seem to have clearly defined themselves as completely self-conscious beings.

There are countless types of morphic fields. For example, there are morphic fields of every family, group of people, sport clubs, organizations, companies, countries, nations, state administration, schools, particular religions, specific human behaviors, emotions of all kinds, and so forth.

Equipped with some sort of consciousness and mind, negative morphic fields will always try to induce destructive thoughts or emotions in individual people or harmful events on a collective level, in order to feed themselves with energies produced in such states or events. 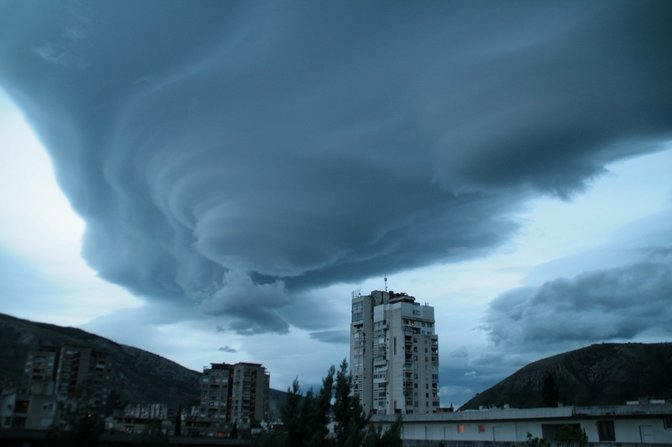 Of course, positive morphic fields will always try to bring about some pleasant state or circumstance that will be beneficial to us and them as well. Many prayers of religious people are actually feeding these positive entities formed around particular positive ideas, angels or passed individuals considered as saints. In many cases, these benevolent energetic beings, as conscious entities, respond positively to the believers with fulfilling their prayers and even miraculous events.

The sad thing is that we don’t see all these beings. We are rarely aware of them. However, in many mythologies and religious traditions, the morphic fields of both kinds are pictured as angels or demons.

In his book “Transurfing”, the Russian author Vadim Zeland describes many aspects of human spiritual growth, and among other things, he explains his concept of “pendulums.” He elaborates much more extensively on the subject of these negative morphic fields than Tolle. While the German author focuses mostly on individual pain-bodies, Zeland emphasizes the negative collective morphic fields, which he labels as pendulums. 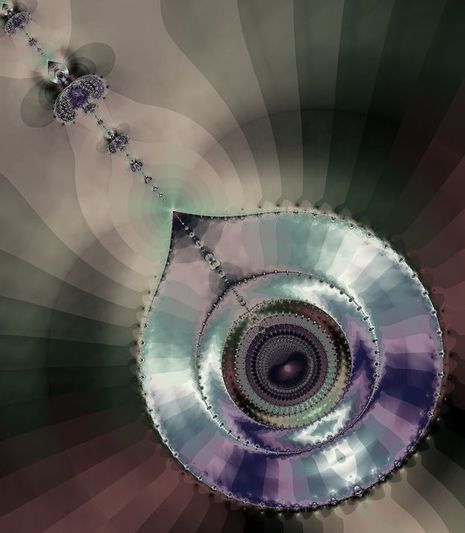 He calls them pendulums due to their tendency to swing relentlessly, like the pendulum on a clock. If we want to stop its movement, it’s not so easy. If we hit it at the wrong time, that will only amplify its swinging. Thus if we fight against these collective (or individual) negative entities, we will probably only strengthen them. If we act positively toward them, we will also strengthen them.

One of the ways to stop the pendulum’s swinging is to raise our awareness, ignore its movement and leave it to die off. In other words, when its attack strikes, you have to become present as much as possible. If you are fully aware in such a situation, the proper action (or non-action) will arise from you. Of course, becoming present in these circumstances is quite difficult, especially if something hits us straight on our head every time. It’s hard to stay present and consciously ignore the negativity around us… but it is possible.

In the “Power of Now”, Tolle gives us some very useful advice related to the very moment when the “pain body” attacks: “If you are able to stay alert and present at that time and watch whatever you feel within, rather than be taken over by it, it affords an opportunity for the most powerful spiritual practice, and a rapid transmutation of all past pain becomes possible.”

He adds another concrete instruction: “Focus attention on the feeling inside you. Know that it is the pain-body. Accept that it is there. Don't think about it - don't let the feeling turn into thinking. Don't judge or analyze. Don't make an identity for yourself out of it. Stay present, and continue to be the observer of what is happening inside you. Become aware not only of the emotional pain but also of "the one who observes," the silent watcher. This is the power of the Now, the power of your own conscious presence. Then see what happens.”

Another way is to “hit” the pendulum just at the right moment, when it is approaching us, with a mild and properly directed force. Translated into real life, we should apply some of the Reintegration or other spiritual or psychological techniques on them, but we must do it cleverly and carefully. We have an arsenal of effective tools for that: for negative states of mind that have just started developing, the best technique could be the Freshness and Acceptance; we could also use the Dissolving the Temporary I Plus or the Gentle Touch of Presence. For already developed negative circumstances and states of mind, we could apply either the Inner Triangle, Single Chain or Double Chain Technique.

Along with the Reintegration work, we have to have a proper general attitude, firmly rooted in moral behavior. Otherwise, our misbehaving may attract a related pendulum, and will start falling into the spiral caused by its gravitation.

Additionally, when you feel the pendulum approaching, when you notice that the situation is getting worse, try to totally and unexpectedly break the string of events. It’s similar to calming a child: when it gets angry and starts screaming often without any apparent reason, you could calm it down by suddenly and quickly pointing to something in the room totally unrelated to the child’s attention. Being unexpectedly interrupted in its tirade, in awe, the child rapidly calms down.

The same approach works with pendulums: in negative circumstances, full of rising rage, fights or disputes, try to break the morphic field’s momentum by abruptly and suddenly turning the attention of all involved onto an entirely different subject. It could be a ridiculously normal thing, some good joke, pointing to a scene or person on TV, or maybe something else. It depends on your creativity. This will stop the pendulum’s swing and the atmosphere will most probably calm down immediately. You can even feel a sort of soothing energy flooding onto you and your group. That energy was initially “intended” by the pendulum to be put into the fight. However, in this way you will win the battle, but not the “war” yet.

We should definitely be persevering in this work. There will be many setbacks; pendulums are very persistent, sometimes even crafty.

Please keep in mind that we live in a holographic universe. The negative elements of our personality are kind of pendulums’ “agents” inside us. Pendulums mirror our internal challenges. 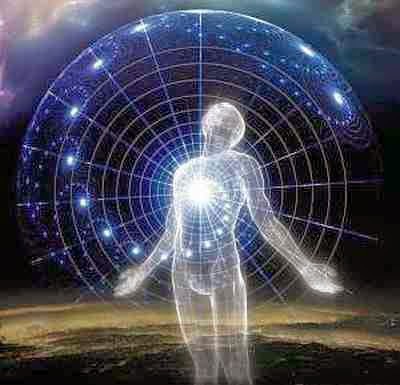 When we succeed in reintegrating our negative personal parts, we actually leave the pendulums without their roots in our being. They can’t influence us anymore, since they are just outer projections of our inner negative elements. Of course, this would account for our own individual reality, not for that of others. Those same pendulums will continue to lurk and feed from other people that haven’t solved their own internal problems.

If you miss the right moment to break the pendulum’s attack at the beginning, you may face a challenge, but don’t give up! When you think you are in its deepest darkness, without any exit, in the middle of a crisis – you have already fed the pendulum enough, and it will release you soon. When that deliverance comes, immediately take action. Use that attack to reveal a hidden cue: the cause. Begin preparations for the next attack. Try to dive into your subconscious; ask yourself: “What caused this attack (problem)?” Try to find a suppressed trait, emotion or other element of personality that caused the issue. That personality element is the pendulum’s “agent” or root within you.

​Sooner or later, you must find that cause. It could have multiple sources. When you find the root of the problem, apply some of the main Reintegration techniques and reintegrate it forever. You will finally free yourself from that problem and its related pendulum.
Reintegration System