The concept of “parts of a personality” is well-known in modern psychology. Our personalities are a complicated aggregate of elements, some of which are, themselves, multifaceted in nature. There are subpersonalities, complexes, traits, and other mental and emotional patterns in our psyche.

“A subpersonality is, in transpersonal psychology, a personality mode that kicks in (appears on a temporary basis) to allow a person to cope with certain types of psychosocial situations. Similar to a complex, the mode may include thoughts, feelings, actions, physiology, and other elements of human behavior to self-present a particular mode that works to negate particular psychosocial situations. The average person has about a dozen subpersonalities.”[ii]

“A complex is a core pattern of emotions, memories, perceptions, and wishes in the personal unconscious organized around a common theme, such as power or status.”[iii]

In all main Reintegration techniques, the problem or unwanted state is “shaped” into a distinct part of our personality. Each part is considered to be an entity which is conscious to some extent, and with which the subject can establish some sort of communication during the therapeutic process. The ultimate goal is to re-integrate the part back into the personality, which is the lasting solution to the particular issue.
​
[i] Source: https://www.psychologytoday.com/blog/the-personality-analyst/201402/finding-new-parts-personality, John D Mayer Ph.D., The Personality Analyst, posted: Feb 10, 2014
[ii] Source: https://en.wikipedia.org/wiki/Subpersonality
[iii] Source: Shultz, D. and Shultz, S. (2009). Theories of Personality. (9th Ed.). Belmont, CA: Wadsworth, Cengage Learning. 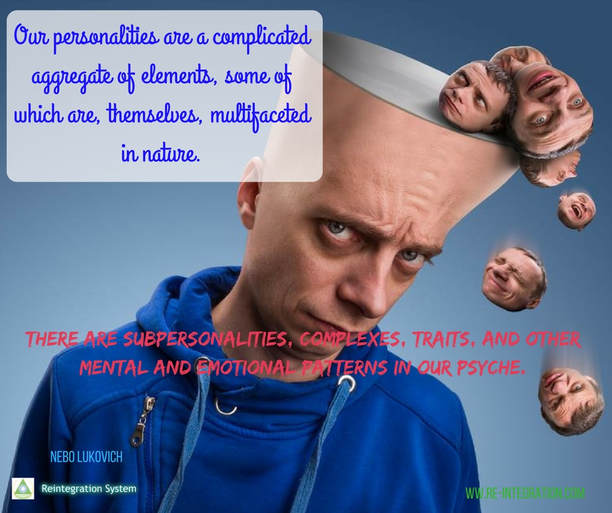 For example, within the Inner Triangle’s specific approach, an unpleasant pattern of behavior is considered as a part of our personality, together with its opposite part, all the time actively involving the sense of I, here and now. In other words, you must take the problem you are dealing with and consider it a separate part of your character, like a half-conscious entity. By defining it as a unique and distinct being (either within your own psyche or outside of it), you are pulling it out of the “sea of the unconscious.” Then, you are able to start a sort of communication with it, in order to get some important information related to the problem. Also, you find the opposite part in your mind and treat it in the same way as the first.

Hence, during the Inner Triangle (IT) process, by going up the chain of goals of the parts, you are not erasing any of the entities: you are reintegrating them. Through the merging of the opposite parts and their parallel integration with the I, the problem is solved in an effective and often permanent way.
​
This method is actually based on the “subject plus polarities” scheme: 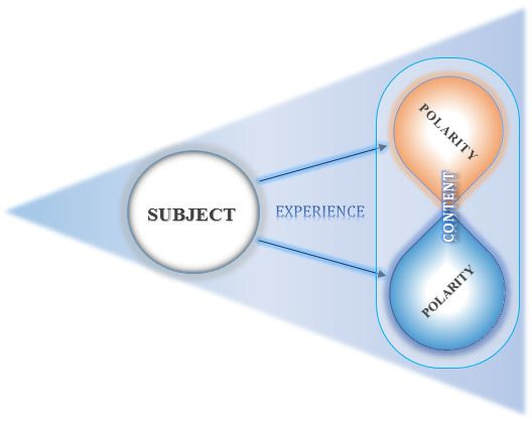 Subject and Polarities
Almost every experience or mind content, whether “positive” or “negative,” is based on this triangle. There is the Subject (Observer), the 1st polarity (entity) and the 2nd polarity (entity).

Sometimes both polarities are obvious to the subject, but often one is invisible, “hidden” in the subconscious. Like particles in quantum physics, the polarities actually spring out of an “empty space” of energy, as from the quantum vacuum. In order to exist for a while, quantum particles appear in pairs of two oppositely charged particles, “living” for some period of time before merging and annihilating one another.

Practically the same happens in the Inner Triangle technique. You will find that the polarities of the experience or mind content will gradually get closer to you (the subject), and to each other. While doing so, they become brighter and lighter until it looks something like this: 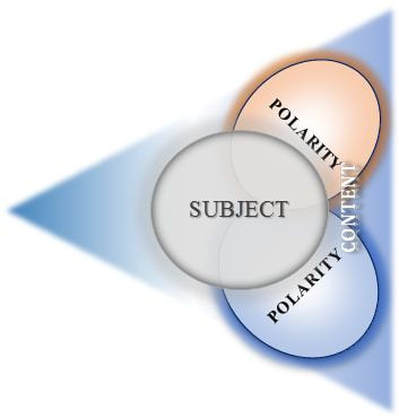 Figure 8: Subject and Experience—the next stage
This occurs through a “chain of goals,” which is described here.

In the end, the polarities may spontaneously merge with one another and the subject, leaving a single entity at the highest state of being. We may call it Being, Emptiness, Fullness, Love, Light, Sunyata… it is beyond any word. Through this, the mentioned entities can finally conclude their separate existence and be at peace.

In fact, there may be times that there are two or more pairs of polarities in the process, a polygram, for which there are contingencies you will be able to find in the Appendix of "Inner Peace, Outer Success."
Reintegration System